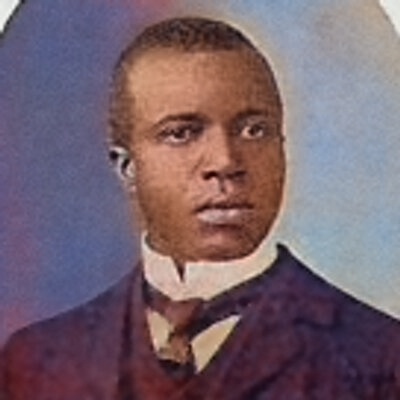 Scott Joplin (c. 1868 – April 1, 1917) was an American composer and pianist. Joplin achieved fame for his ragtime compositions and was dubbed the “King of Ragtime”.[1] During his brief career, he wrote over 100 original ragtime pieces, one ragtime ballet, and two operas. One of his first and most popular pieces, the “Maple Leaf Rag“, became ragtime’s first and most influential hit, and has been recognized as the archetypal rag.

Ragtime became so popular that it even influenced classical composers in Europe at the time.  For example, Debussy wrote a well known piece called “Golliwog’s Cakewalk.” which uses syncopation and sounds like ragtime.  A “cakewalk” is an African America style of walking in time to music.

Ragtime was the first original style of music created in America, and Ragtime later grew into Jazz and Jazz grew into rock and roll.  So Ragtime and Scott Joplin are responsible for the music of today!  And it all started when Scott Joplin went from town to town playing his music on whatever pianos he could find. 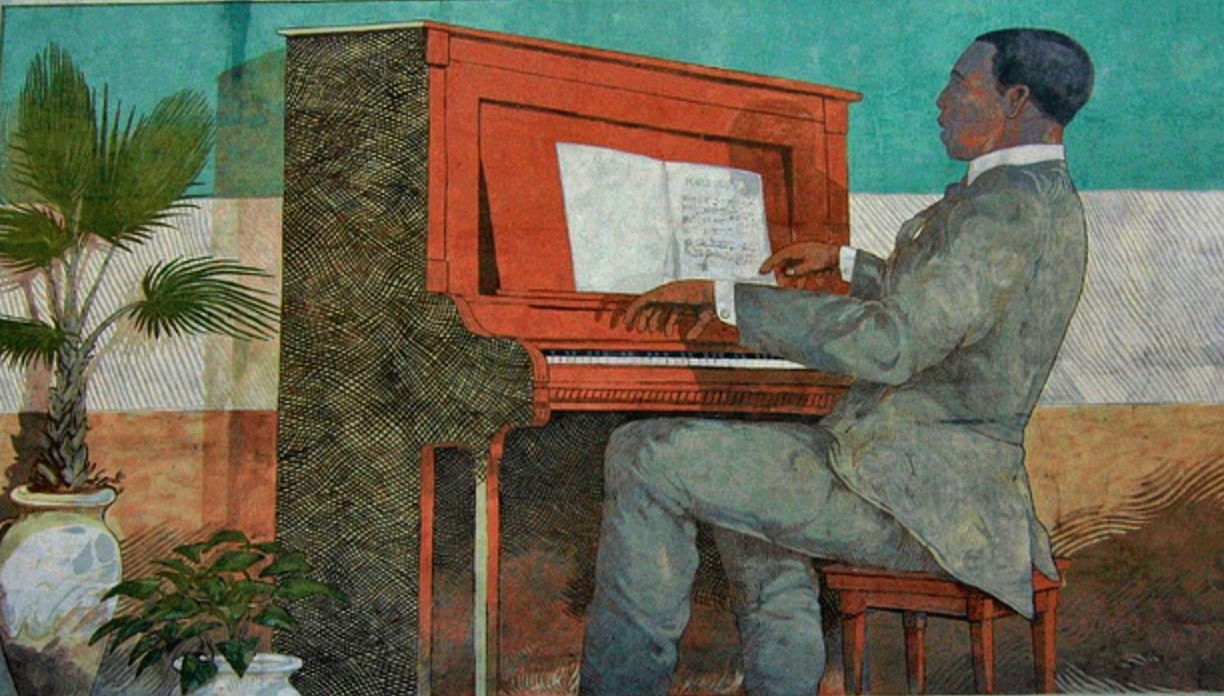 The Joseph Bologne Quartet plays Scott Joplin’s most famous ragtime piece:  “The Maple Leaf Rag.”  When you listen to it, see if you can tell when you hear the syncopated beats.  This piece and others appear on our Black Mozart CD and DVD.  100 percent of the money from the sale of our CDs and DVDs is donated to buy instruments for children who cannot afford to own their own instruments.