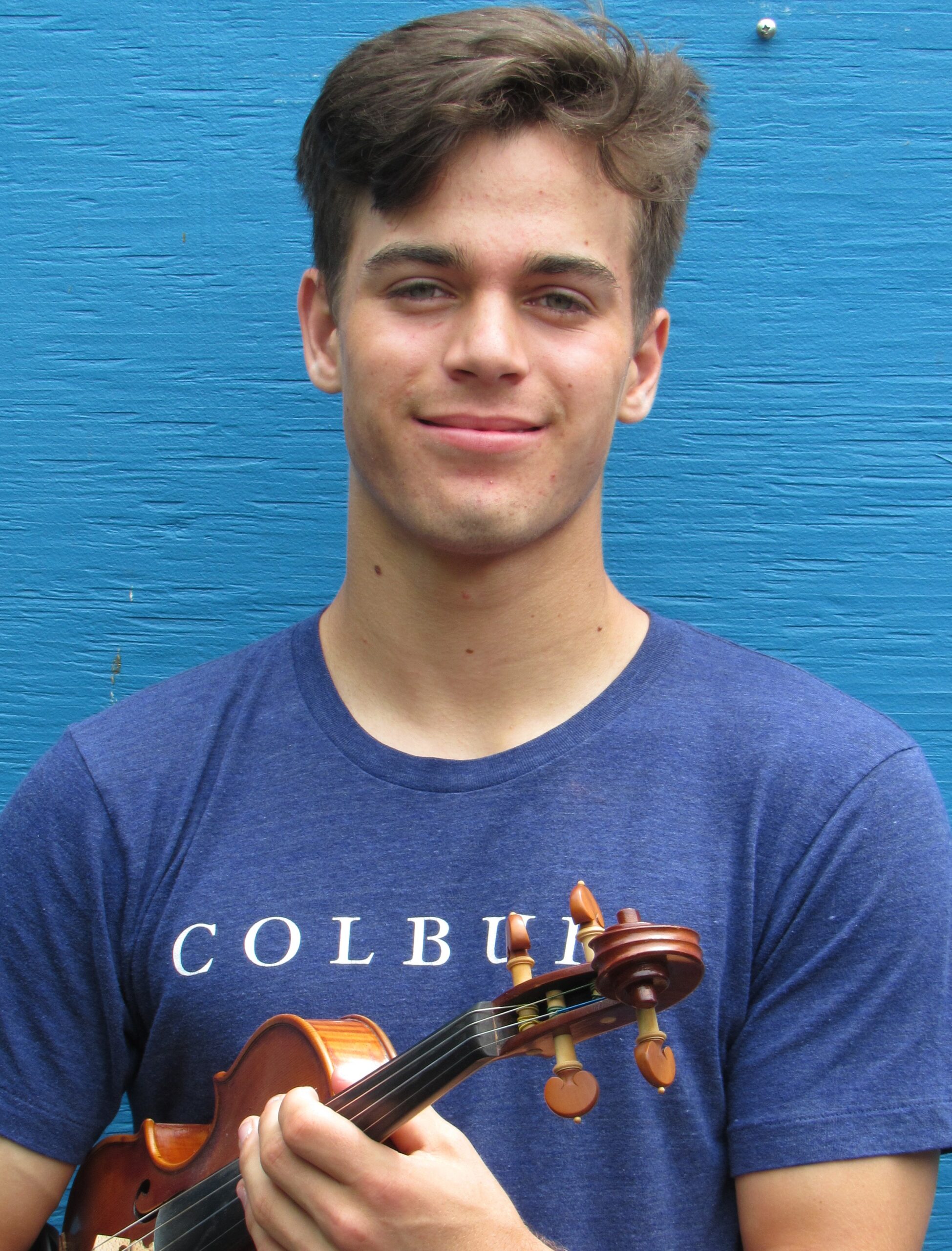 Wesley began studying violin at 5 years old.  By age 9, Wesley was studying at the prestigious Colburn School in Los Angeles, where he met his friend Kai Lindsey, who is a fellow Joseph Bologne Quartet member.  While still 9, Wesley was privileged to meet world-famous violinist Joshua Bell backstage at the Hollywood Bowl.   It was an inspirational meeting for Wesley, and Joshua autographed Wesley’s half-size violin.  Wesley has won three international violin competitions, placing first, second, and third in The Great Composers competition based in London.  In 5th grade, Wesley won the LAUSD music teachers’ scholarship.  Wesley has also performed as a street musician on Santa Monica’s Third Street Promenade to help pay for his music lessons and camps.  Wesley and his Colburn friends played with the Piano Guys to crowds of 6000 at the Microsoft Theater and Shrine Auditorium.

Besides music, Wesley’s other passion is baseball.  Wesley was an all-star player in little league, pitching his team to a district championship, and is currently a Varsity Short Stop while still a sophomore.  Three years ago, Wesley combined his two loves when he played the National Anthem on his violin at the opening day ceremony of his Little League and also at the Jet Hawks minor league stadium.  Wesley’s joke is that if he becomes a major league baseball player, then he will be able to afford a Stradivarius.

Wesley’s idea for The Joseph Bologne Quartet Project started when he discovered Joseph Bologne on the internet and was immediately captivated by his life story of being both a musician and an athlete, which Wesley identifies with. 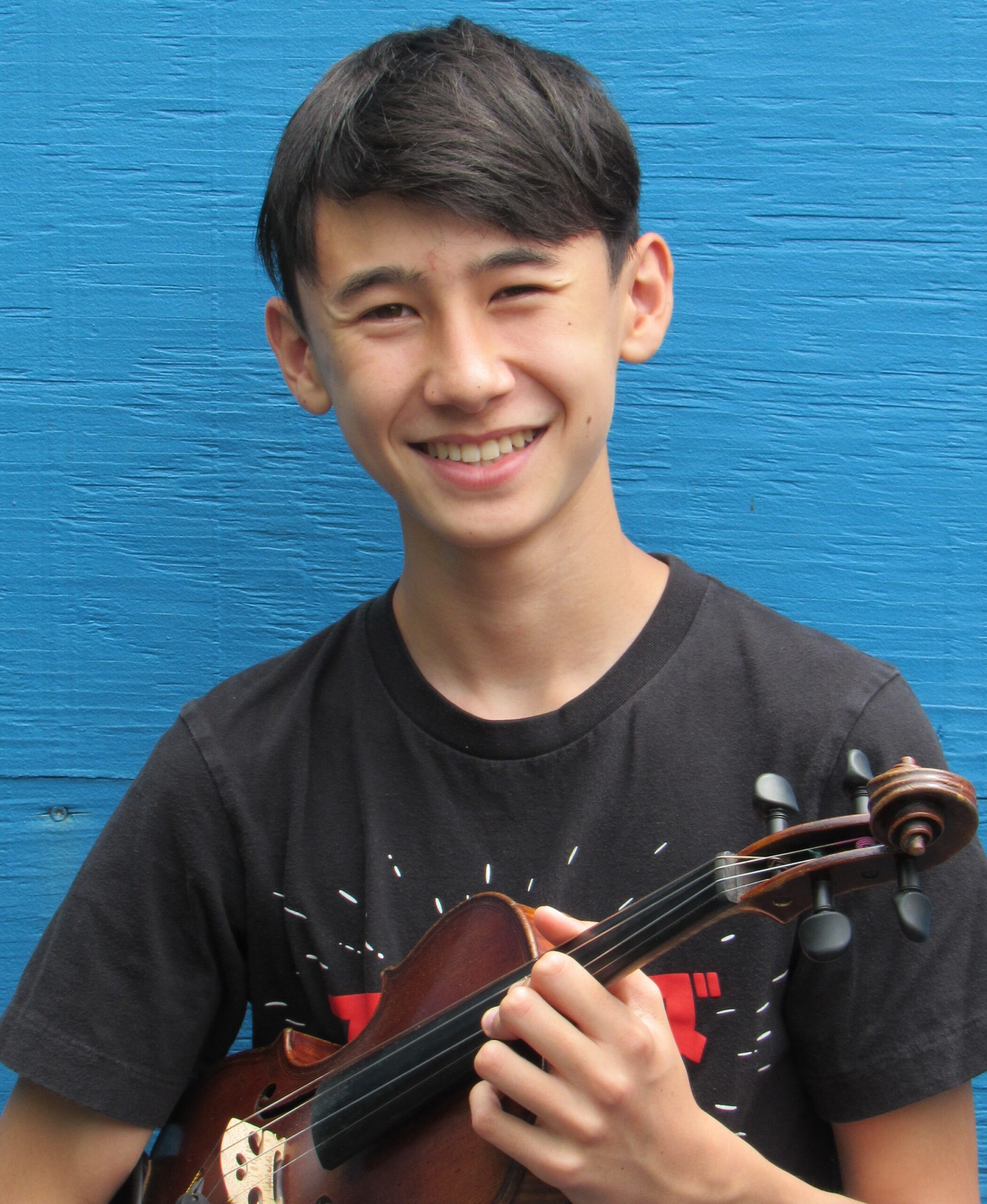 Kai has been playing violin for 9 years and currently studies at the Colburn School with Dr. Can Canbola. Kai has been chosen multiple times to play at the Friday Night Honor’s recitals at The Colburn School.  Kai has also formed his own chamber music ensemble and participated and competed in the Los Angeles Junior Chamber Music program twice.  He was hand-picked to twice perform professionally with The Piano Guys at the Shrine Auditorium and at the Microsoft Theater in downtown Los Angeles, before an audience of 6000.  Kai also attends Santa Monica High School, where he is in the symphony and chamber orchestras.  In 2018, Kai was fortunate to be chosen to perform in the Honors Middle School Orchestra at Carnegie Hall in New York City.  Most recently, Kai was a finalist in the International Kiwanis Solo String competition.

In addition to his musical education, Kai has studied fencing for 4 years, and regularly competes in fencing contests throughout California.  Kai identifies with Joseph Bologne because, like Joseph, Kai is both a violinist and a fencer.  Kai looks forward to one day studying violin at the Julliard School in New York City. 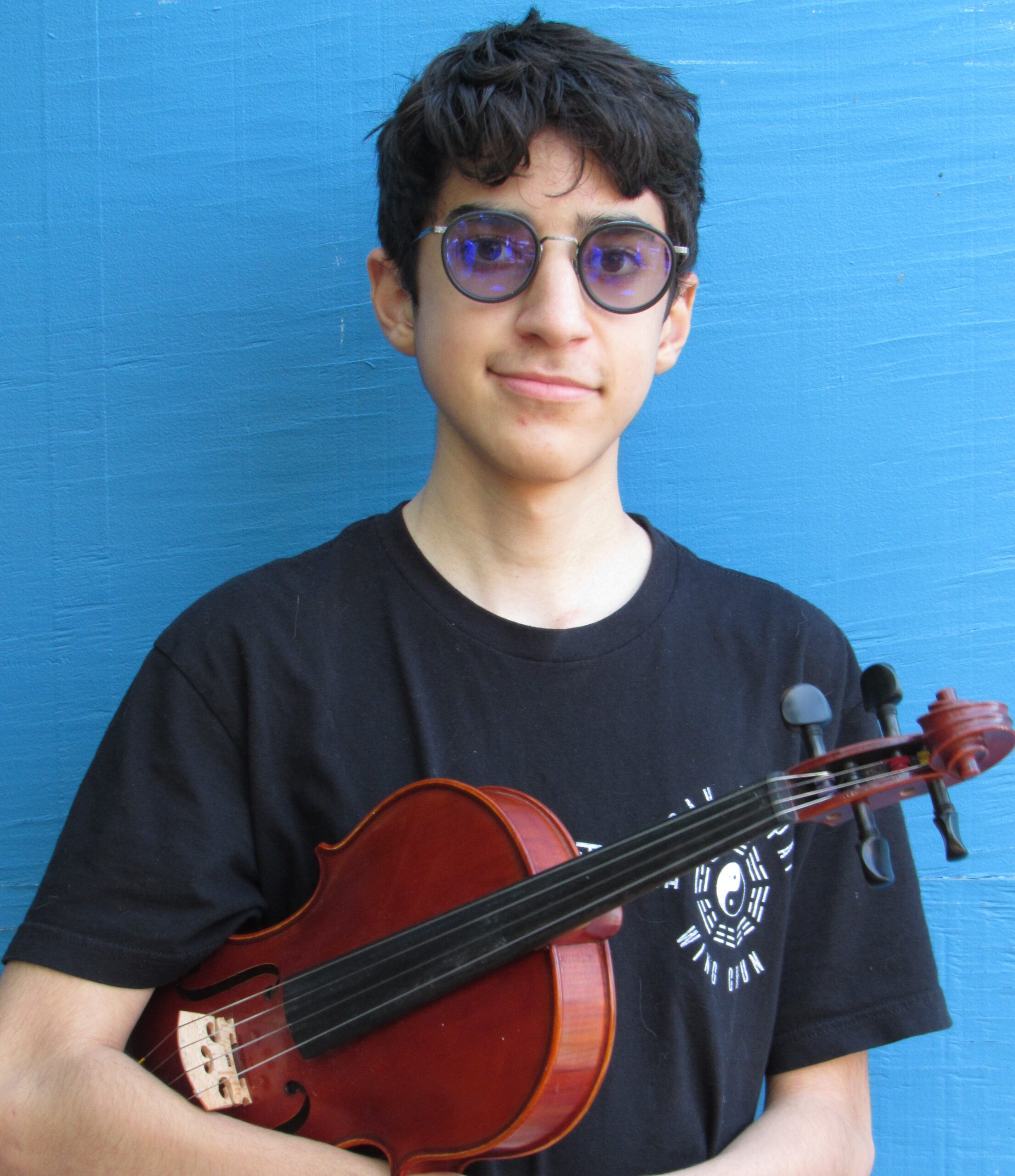 Joaquin is a talented violist.  Joaquin is a member of his high school’s advanced orchestra, and has also recently completed the Junior Chamber Program in Los Angeles, playing the beautiful and difficult String Quartet in C minor by Beethoven.  Joaquin is part of a very musical family; his father is a violinist and his twin brother is a cellist!  They love making music together. 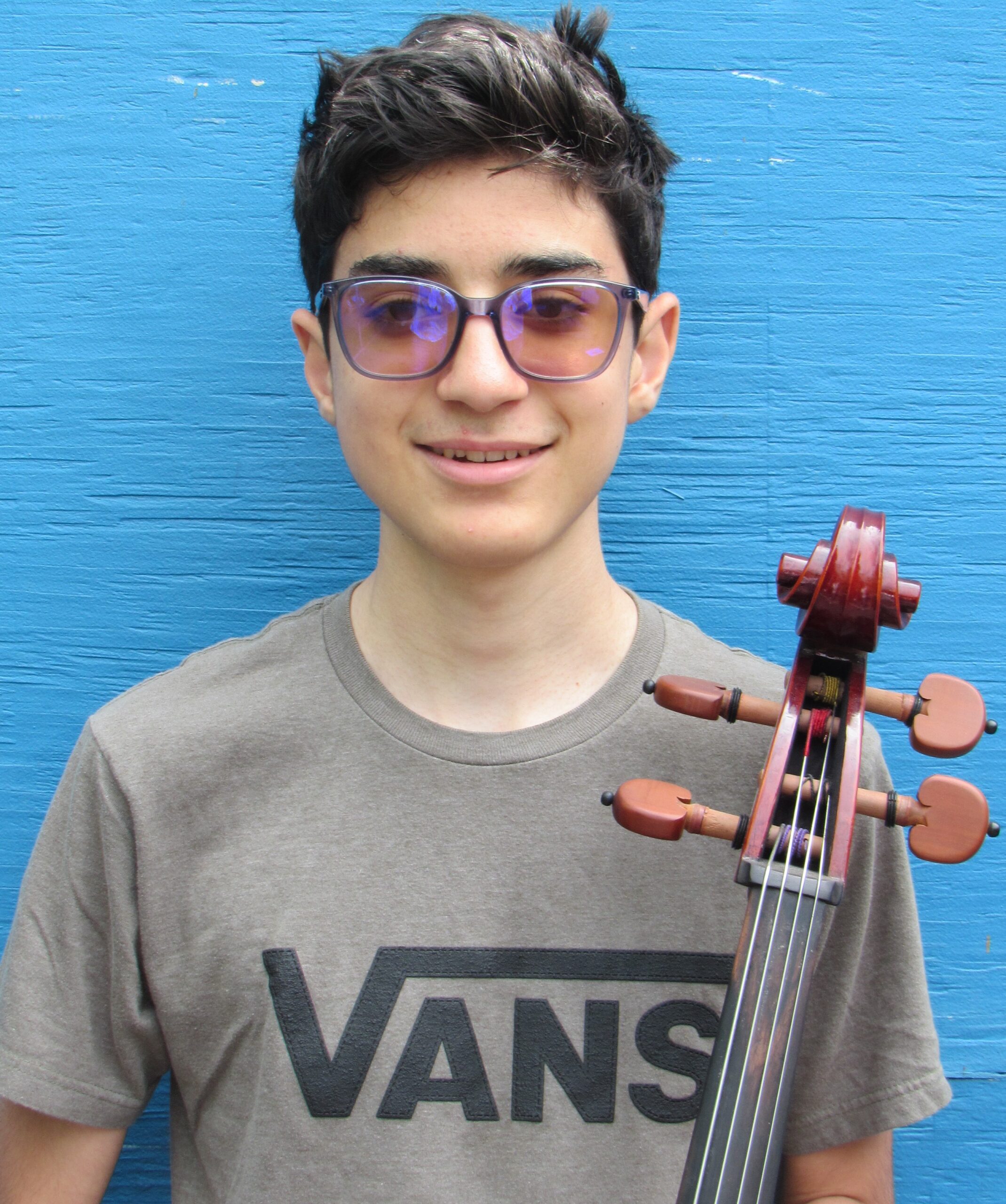 Francisco is a talented cellist.  Francisco is a member of his high school’s advanced orchestra, and has also recently completed the Junior Chamber Program in Los Angeles, playing the beautiful and difficult String Quartet in C minor by Beethoven.  Francisco is part of a very musical family; his father is a violinist and his twin brother is a violist!  They love making music together.